Ever wondered how Starbucks got its non-coffee related name? Or what the first ever item on McDonald’s menu was? The world is a fascinating place, and the world of business is no different. Behind all of those cash flows and 5 hour long coffee powered meetings there is sure to be some interesting facts?

If your mind is a busy one and full of curiosity then maybe some of your ever so important questions shall be answered… Or we can just fill your head with useless YET amazing facts to impress your family and colleagues with. 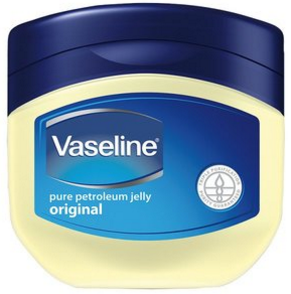 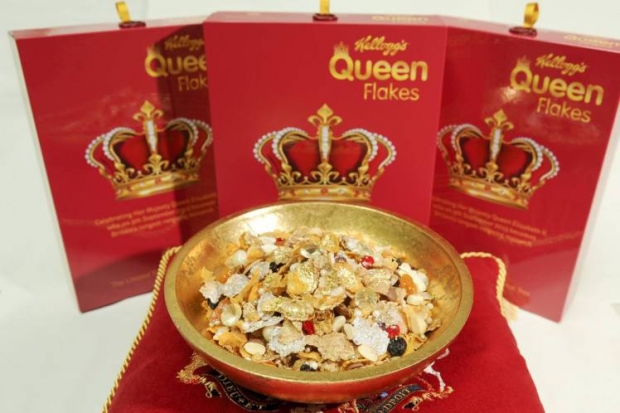 Well, today is the day that our good old monarch Queen Elizabeth II celebrates overtaking Queen Victoria as the longest serving monarch in British history. This truly is a time of patriotic reflection and we should all be showing our respect to the Queen by eating as much breakfast cereal as possible.

No, you haven’t mis-read and no, I haven’t had a funny turn. Kelloggs, in all their patriotic glory, have brought out some new, limited edition ‘Queen Flakes’ to honour Queen Elizabeth’s reign. This really is a stroke of marketing genius that we all wish we’d thought of first (well, a printing company bringing out a limited edition breakfast cereal would be a bit odd but you get the picture).

A spoonful of this regal brekkie would treat you to some fabulous gold leafed cornflakes with edible diamonds and pearls. Also: as if that wasn’t enough, it also includes macadamia nuts (a favourite of the Queen!). YUM!

However, before you grab your coat (or robe!) and head out in your carriage to your nearest supermarket to buy these royal delicacies, don’t! They’re only available at Manchester’s Black Milk Cereal Bar and can be yours for a cool £6.30 per bowl. 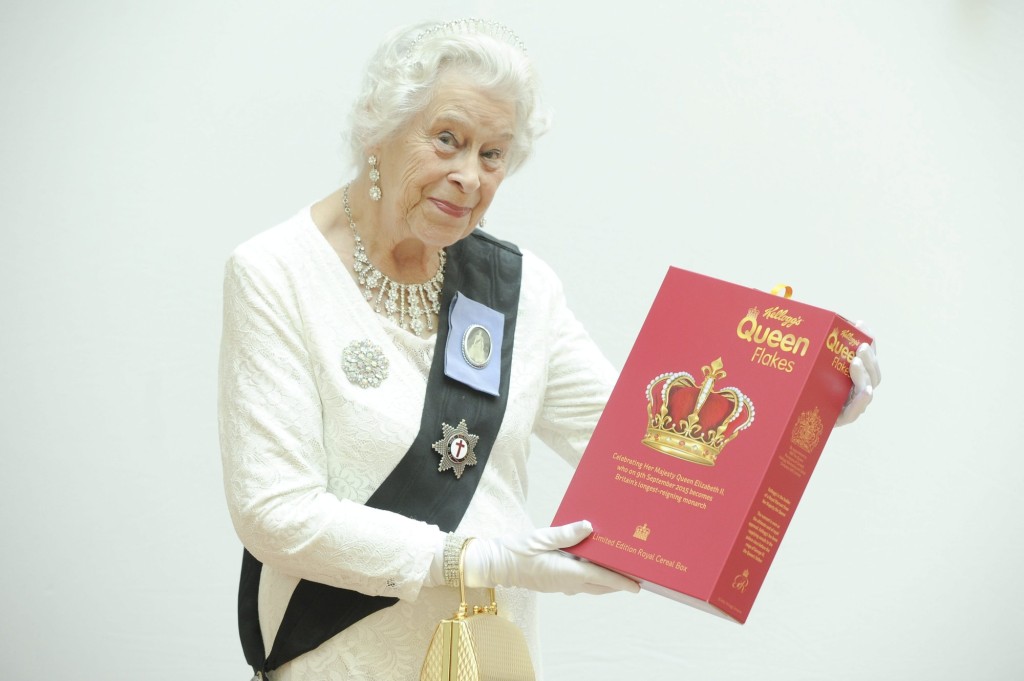 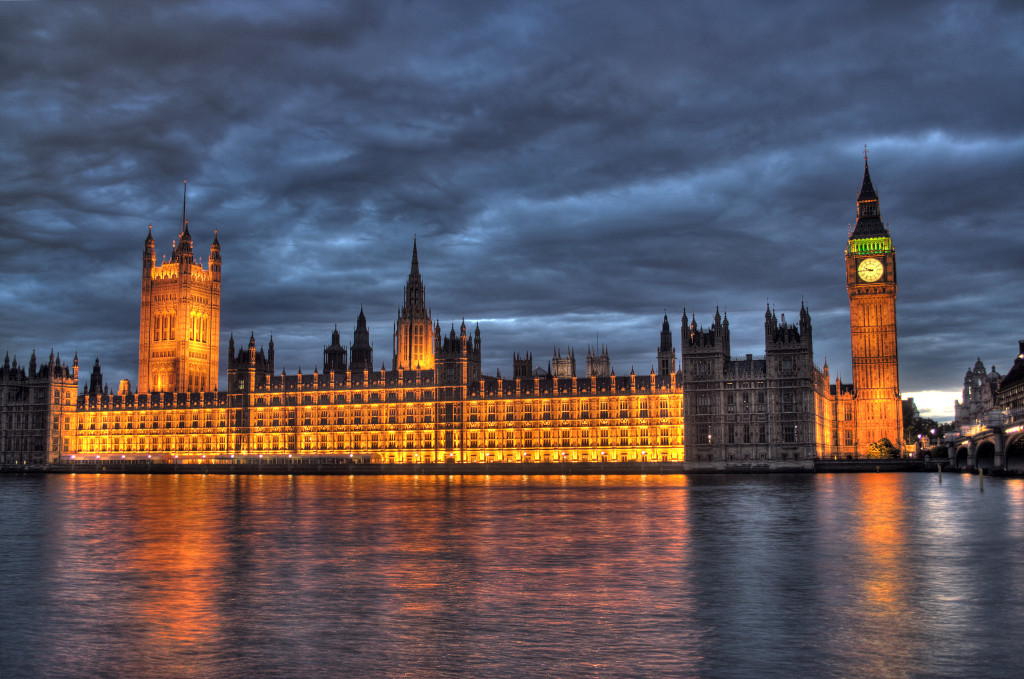 On Thursday 7th May, the general election will take place in the UK, and it is set to be one of the tightest results of all time. 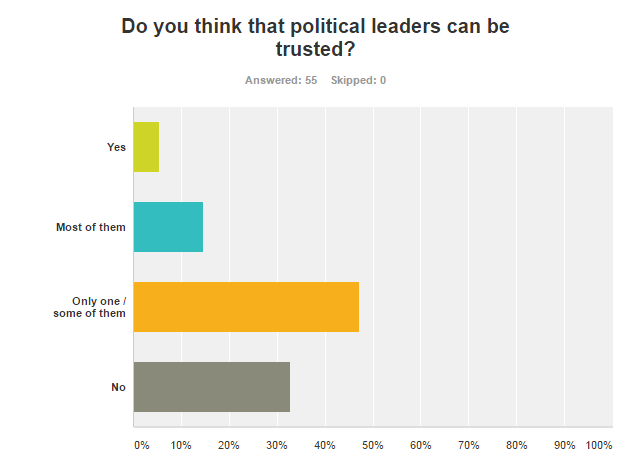 In the media recently, there has been a huge hype surrounding whether or not political leaders can be trusted. An article in The Guardian recently stated that trust is a precious commodity, once it’s gone it’s gone. This is definitely reflected in the results of our survey, with 47% of young people saying that they only trust one or some political leaders, and 33% responding that they do not think that any political leaders can be trusted at all. “I believe politicians cannot be trusted because their policies are idealist and can never be fulfilled without a detrimental effect on either the economy or the people” says one participant.

Others are less empathetic:

“They will say they are going to do something and not stick to it. For instance – student tuition fees increasing”

“They are overpaid and don’t live in the regions they are elected to represent. They were all born with silver spoons in their mouths; as such they don’t understand the issues that the “common folk” have to deal with. They are primarily concerned with trying to “show up” their opponents and are less interested in actually getting the country in a better position.” 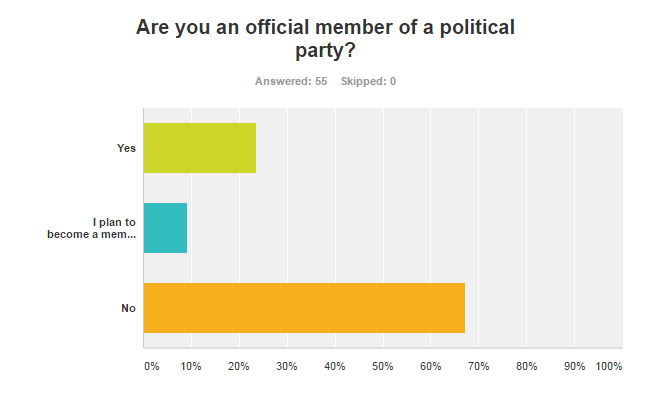 It is no secret that there are some political parties that seem to be more popular with young people than others, with a massive 80% of our survey participants claiming that they are fiercely against at least one political group. Many of our participants feel strongly against voting for controversial political party UKIP, with comments including:

“I am against UKIP because they believe that being inhumane and backwards is the way to go forward. They do not see the benefits of multiculturalism and pre on people who do not understand the EU.”

“UKIP due to their xenophobic attitudes to immigration, homophobic and sexist members, their policies and attitude towards welfare, the NHS and privatisation.”

However, there were some young people who were opposed to other parties. One participant stated that “The Conservative Party is founded on a failed ideology; the ‘trickle down’ economic experiment has been the mainstay of the British economy for the last century or so. The only result has been an expansion of the super wealthy and a larger divide between rich and poor. The initiatives that actually improve people’s lives, education, welfare, healthcare, job training and the minimum wage have all originated from social democracy when people stand up and demand fairer treatment.”

It must be a tough job, being a political leader. It would be difficult for the ordinary person on the street to understand that pressure and intensity of such a high profile position. However, many people believe that this does not give politicians the right to simply shove certain issues to the side, and ignore promises that they have made previously. What do you think about the political leaders of today? Let us know in the comments!